The global fracking chemicals market was valued at USD 25.2 billion in 2017 and is anticipated to grow at a CAGR of more than 11.0% from 2018 to 2026. Fracking, also known as hydraulic fracturing, is a process of injecting water, sand, and chemicals underground at extremely high pressures to crack open rock layers to release the oil or gas trapped inside. Oil and gas companies add chemicals to the water used for fracking to decrease friction and prevent corrosion. Fracking chemicals can be foam-based, water-based, and oil-based among others. Some chemicals used for fracking include Hydrochloric Acid, Ammonium Persulfate, Choline Chloride, Sodium Hydroxide, Ethylene Glycol, and Magnesium Peroxide among others. 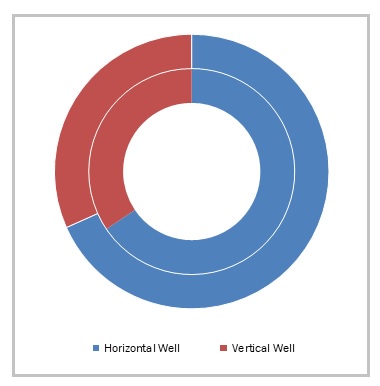 On the basis of function, the market is segmented into Gelling Agent, Friction Reducer, Clay Control Agent, Cross-Linkers, Corrosion Inhibitor, Surfactant, PH Adjusting Agent, and others. In 2017, the gelling agent accounted for the highest market share in the global market.

Geographically, the fracking chemicals market is segmented across North America, Europe, Asia-Pacific, Latin America, and MEA. North America is further segmented into U.S., Canada, and Mexico. Europe is divided into Germany, UK, Italy, France, and Rest of Europe. Asia-Pacific is bifurcated into China, India, Japan, and Rest of Asia-Pacific. North America generated the highest revenue in the market in 2017 owing to the presence of established drilling and exploration industry.